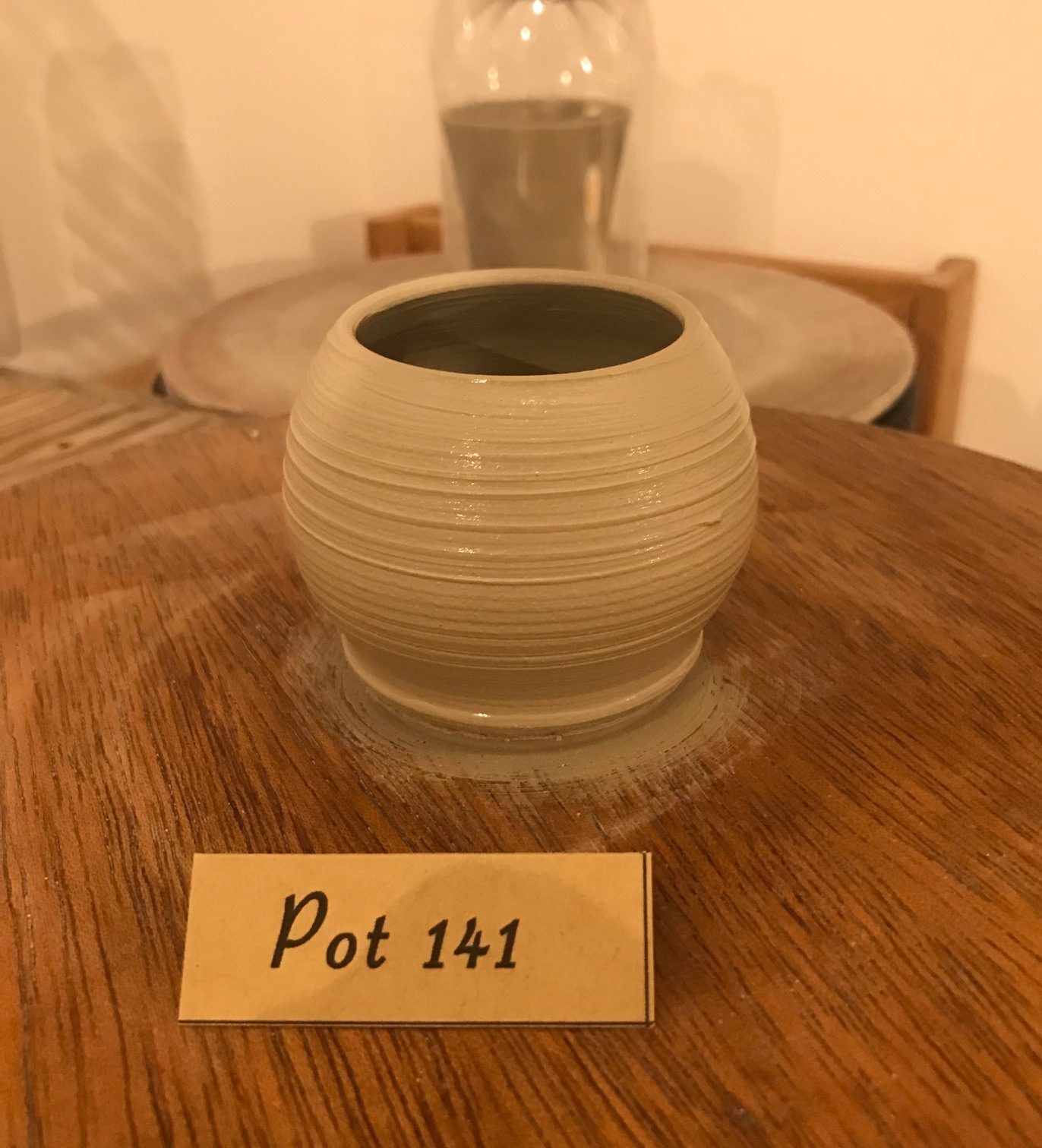 So after doing the clothes washing today and having a bath. I really needed one! I decided to sort out those stains. So I got the white stoneware and the toasted stoneware slip, added the staines and oxides and am looking forward to using them. I have some process pictures below and have included some pictures air the pots of coloured slips so you can see if they change colour when fired. Very excited!

After that I had to register my fathers tax return and throw a pot. I am doing this bit of a blog first as I know if i leave it too late I will be too tired to be bothered. I will add the pots later that I throw today

So today I was looking at stains and oxides and slips. How to decorate with slip ec etc etc.

I also got sidetracked by handles!

Slip (noun) is a liquefied suspension of clay particles in water. It differs from its very close relative, slurry, in that it is generally thinner. Slip has more clay content than its other close relative, engobe. Slip is usually the consistency of heavy cream.

Slip is often used in decoration. It may be left the natural colour of the clay body from which it is made, or it may be coloured with oxides. It is applied to wet or soft leather-hard greenware.

Slip may also be used for casting clay in plaster moulds. Casting slip almost always has added ingredients to keep it in a uniformly consistent suspension until dried.

Slip as Glue for Scoring and Slipping

Slip can be made from scraps from your clay body. Soak them in water until they have softened into a slurry and then stir and screen it through a mesh to remove any lumps. Apply it to scored surfaces you want to join together on your greenware. Sometimes this is called slip-slurry.

There are many ways to use slip to decorate ceramic pieces. A more liquid slip can be brushed on, sprayed on, or pieces can be dipped in a container of slip. A thicker slip can be trailed onto the object using a condiment bottle or other trailing applicator. Multiple layers of slip can be built up to make intricate designs.

Slip can be made of differently-coloured clay, or you can add colorants to the slip. You may want to use a recipe for a slip base that uses ingredients such as kaolin, flint (silica) and nepheline syenite in addition to colour ingredients.

There are a variety of commercially available dry slips that you may see listed in a clay body recipe, including Alberta Slip, Blackbird Slip, and Ravenscrag Slip. You may want to mine local clay  to use as slip or as the clay body for your piece, adding a local touch.

Slip painting matches the clay’s shrinkage better than adding other thicker paint or glaze after firing. It is also applied before the bisque firing and is bisqued along with the object. Then you can use further underglazes and engobes to define decorations and images before the final firing.

This pottery method uses an absorbent plaster mould. The slip is poured into the mould, and the water is absorbed, leaving a layer of clay deposited from the slip. The mould is opened, and the clay object is removed. It may be either solid cast, where the form is completely filled with the new clay object, or hollow cast, where the new object is deposited around a hollow centre, from which the remaining slip is drained off for reuse. Deflocculants are often added to the slip used in these processes, such as sodium silicate. When these are used, the slip can contain more solids.

Stains are coloured oxides suspended in water. It may also contain frit and/or kaolin. They can be commercial ceramic colour powders that are used in glazes, clay bodies, and slips/engobes. Preparing colouring oxides that are fritted, reground and coloured with organic dyes to simulate fired colour

Carbonates and oxides of certain metals, characterise most colorants including the commonly used cobalt carbonate, cobalt oxide, chrome oxide, red iron oxide, and copper carbonate. These colorants can create a multitude of colours depending on other materials they interact with and to which temperature and in which atmosphere they are fired.

I am used to using oxides or carbonates in my sculptures as washes. Iron oxide has been a go to favourite to highlight marks. What is interesting to me is how they might be used to alter the clay colour and to make slips of different colours. I wondered into our shed and got out the stains to see how they looked on slip decorations. The oxides have been used in a number of pots so it will be interesting to increase the variety of oxides and also add some staines.