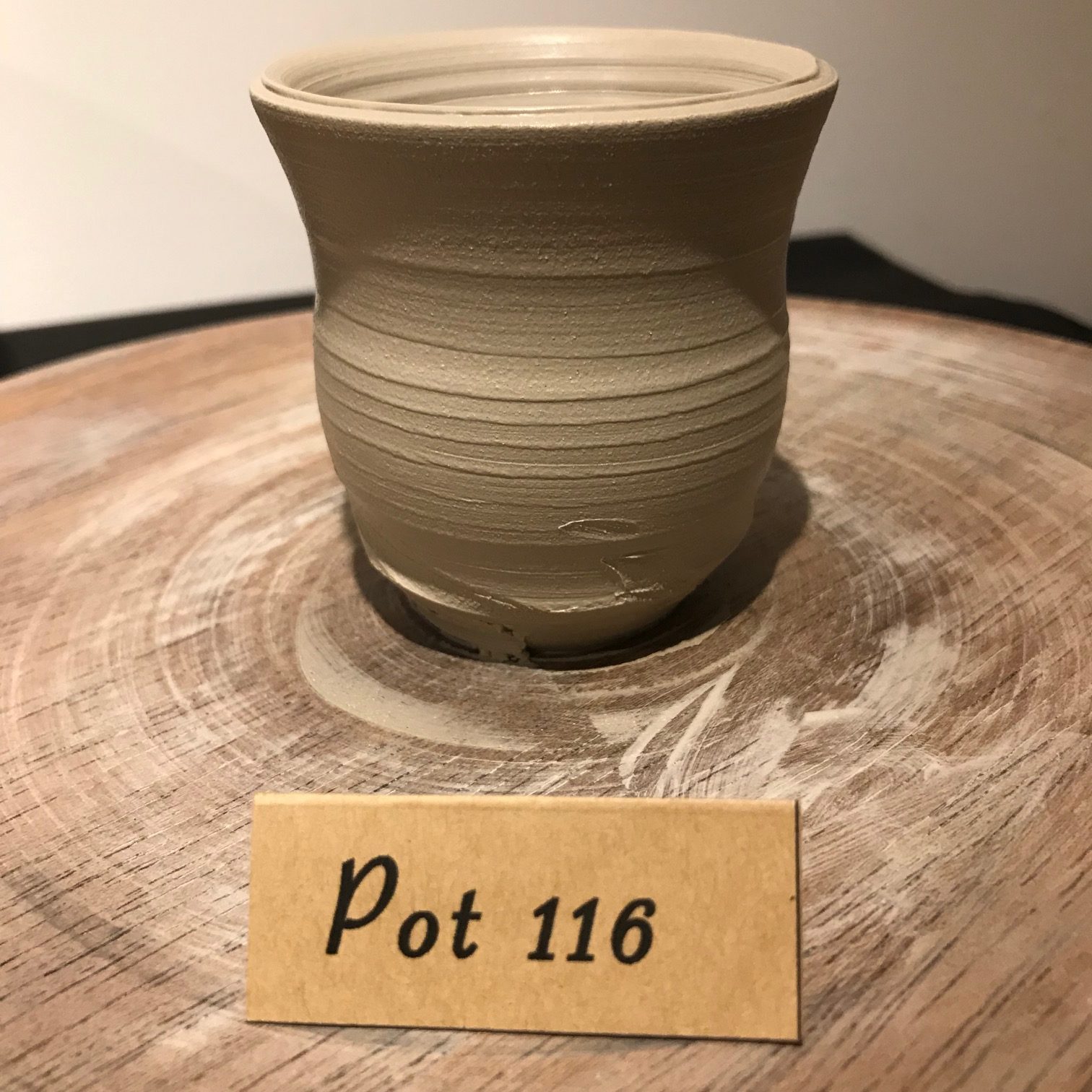 So I am so excited about slip decoration I am making pots to use it on. Only managed to make one today as I was practicing with the band and two amazing flautists.

I added about a table spoon of iron oxide into one of the jam jars of toasted clay slip. It became much darker and much redder. I put the powder into a sieve (a 100 grade sieve) and poured the slip from the jam jar into the sieve and brushed the slip and the oxide through into a bowl, poured the slip from the bowl back into the jam jar, put the lid on and shook it. the slip was weak so after playing with slip on a three of my pots I have left it to settle and with the lid off so that some of the water evaporates.

I have tried painting slip on a small dry pot with lined scratched to reveal the white stoneware. I also painted one in slip and have left it to dry so I can cut some designs. The strips on the 2nd pot are going to be burnished – you can see the polishing stone next to the pot that I have just started to burnish. I am not sure what they will look like. I thought burnishing would make the colours merge but they stayed in their places which is good to know. Next time I might use tape so that the lines are more definite.

Decoration: Scraffito and turned on the wheel